Stay in luxury and style

The luxurious hotel Olympia Golden Beach Resort & Spa is pleased to announce that it has received the honorary title as the best Luxury Resort in Greece for 2018 by the Travel and Hospitality Awards!

The attentive hotel's facilities, the exemplary services in combination with the friendly and helpful staff as well as the dreamy "golden" coast which is just 400 meters away, contributed to the winning of the title of Olympia Golden Beach Resort & Spa as the best hotel in Kyllini.

One more major distinction has been added to those that Olympia Golden Beach Resort & Spa has already managed to extort.  Olympia Golden Beach Resort & Spa, the hotel that turns the visitor’s holidays into a dreamy trip to luxury, extort from the committee of the World Luxury Hotel Awards, the honorary prize for the year 2018 at the category of Luxury Family Hotel (Regional Winner: Southern Europe).

Hotels and high standard hospitality companies from every corner of the world stood as candidates for the desirable awards of the World Luxury Hotel Awards, which are a benchmark for the tourism industry worldwide. 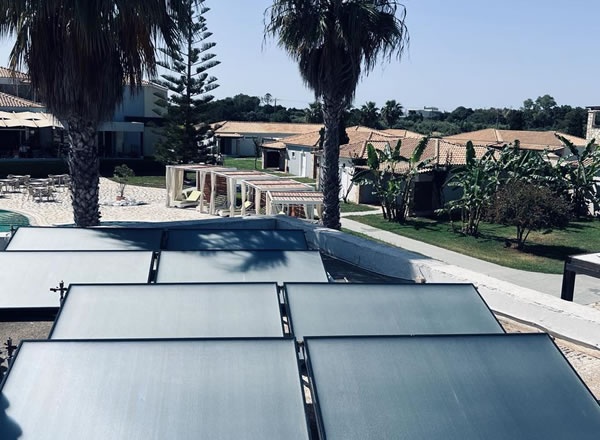 Environmental friendly and energy saving upgrade of our Spa services

Olympia Golden Beach Resort & Spa innovates once again by utilizing the solar energy which replaces the way the indoor and heated spa pool generates heat. This is an innovative solar panel, which is extremely environmentally friendly and reduces the emissions of ambient carbon dioxide into the atmosphere. Our environmental sensitivity is reflected through our daily efforts to significantly reduce energy consumption. 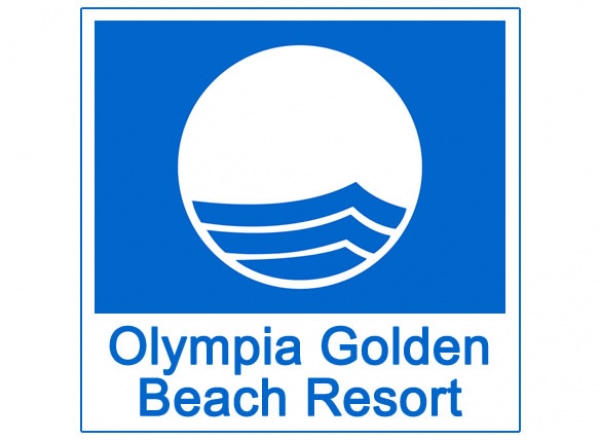 Blue Flag - Award for our beach!

The beach area of Olympia Golden Beach Resort & Spa could not be absent from those that distinguished and were awarded by the Hellenic Society for the Protection of Nature with the world's most recognized award and symbol of quality, the Blue Flag. The Blue Flag is an indisputable proof of our environmental sensitivity, the possession of the complete essential equipment, the excellent quality of the water and the eligibility of the services provided. By fulfilling all the necessary criteria of all...

The  Main Building Double Deluxe Rooms (40 sq.m to 47 sq.m each, with a veranda of 10 sq.m) are designed to provide more comfort and style than the standard rooms...

The Deluxe Bungalows Sharing Pool (45 sq. m each) are designed to provide as much comfort, luxury and style as possible. There is direct access to a swimming pool (3...

The Family Bungalows Sharing Pool (45 sq. m each) are sharing a pool with 2 more bungalows and have a master bedroom which has access to the bungalow pool and...

The 4 Superior Bungalows Sharing Pool (45 sq. m each) provide a private swimming pool for every 2 bungalows.This type of room is suggested for couples or friends and is...

The Suites (60 sqm each, with a veranda of 33sq.m) are designed to provide as much comfort,luxury and style as possible. The suites are located on the first floor and...

The Villa (120 sq.m.) with a private swimming pool & garden is designed to accommodate V.I.P. guests. It provides 2 separate master bedrooms, a living room, and a dining room...